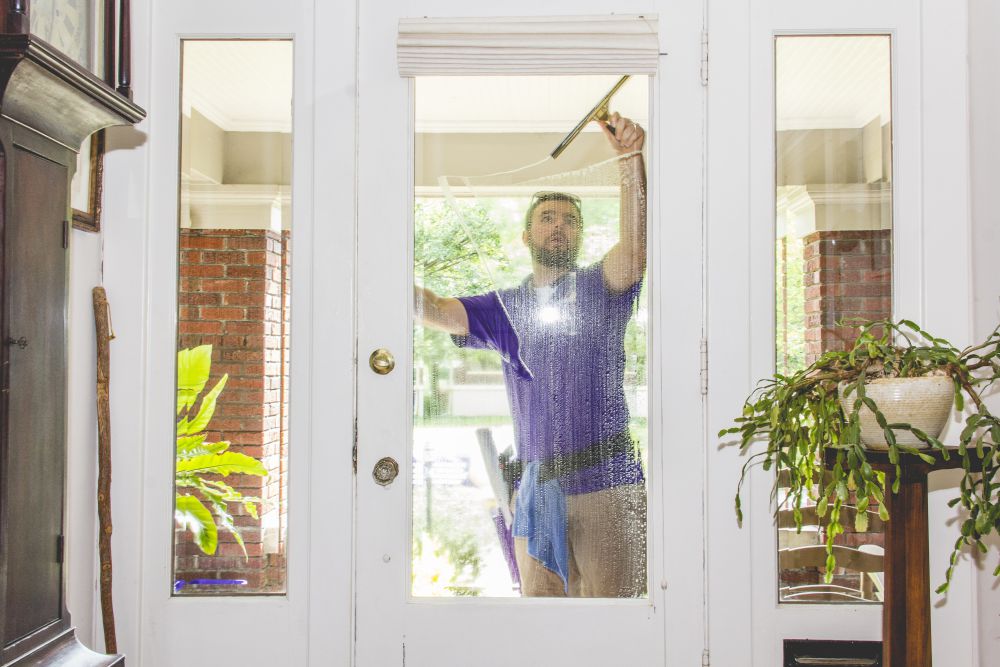 The squeegee is simply the best tool for washing windows: the ergonomic handle, the superior design that perfectly funnels water through the squeegee head and down the channel. It’s simply a classic window-cleaning tool. This is an ode to the squeegee and how skill and form combined with a quality squeegee can deliver results that are impossible to deny. Yes, a squeegee can take a novice window washer and make them look good, but in the hands of an expert (or a genie), the squeegee can deliver a homeowner clean window perfection. “Viva la squeegee!”

The squeegee first emerged in the 18th century as an instrument used by sailors needing to scrape the decks of their weather-worn ships. The humble squeegee even makes a cameo in Herman Melville’s classic American Renaissance novel Moby Dick, where it is called a “squilgee.  Ettore Steccone of Oakland, California, was a window washer who decided there had to be a better alternative to the bulky, cumbersome Chicago squeegee, and set out to design his own. Today, Ettore Products are some of the most used and respected in the business.

2. Why should I use a squeegee?

The squeegee has been a staple in the window cleaning industry for years, but you don’t find many of them in the cleaning supply bin in most homes. Most people’s experience with squeegees are with those dirty double-sided tools found in the hanging mop bucket at the gas station. But the squeegee is the most effective tool when it comes to window cleaning. The straight rubber edges allow for flexibility but also keeps the window streak free.

First, you’ll need to cover every square inch with soapy water, without marring the window frames or sills with crusted soap suds. Second, you’ll use overlapping squeegee strokes properly. The “swivel method”, or “snake method” as it is referred to by professionals, uses a series of strokes combined with turns that hold the water away from the leading edge of the squeegee; when the turn is completed in the opposing direction, there is no water and no dirt left isolated. Working in a very curvy downward slope, side to side takes practice but is easily worked into your muscle memory. This avoids any streaks that the basic straight-down column-stroke method will produce. This is easier said than done, though; the corner work, attention to detail, appropriate use of pressure, and stroke length all require a tremendous amount of practice.

View All »
.
Fact or Myth: Does Window Film Save Energy?
.
Keep the Cold Out! Learn How to Insulate Your Windows
.
How to Hang Christmas Lights on Gutters for a Cheery Season