Window film, or window tint, is one of the best investments you can make in your home – it pays for itself! Saving money on utility bills, cutting heat and glare, increasing security and privacy… oh the list of perks goes on. But choosing the wrong product, or installing it improperly, will create more problems than it solves. 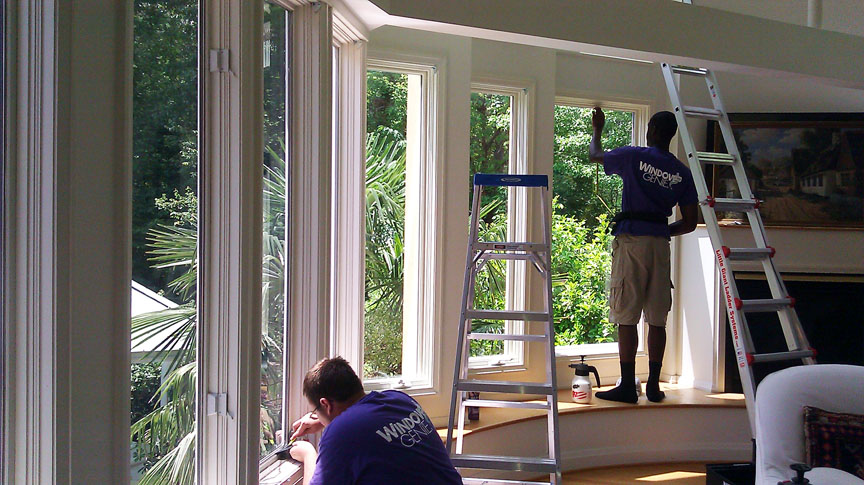 When we say the wrong product… we mean that temporary, flimsy shrink wrap you apply using a hairdryer – trust us, that’s just plastic on your window. Sure, it’s better than NOTHING, but it’s offering little aside from a bit of added insulation. You won’t achieve great looking or long-term results with this kind of product.

If you’re an avid DIYer, you know it can be fun, rewarding and cheaper to create, install and fix things yourself – but when it comes to window film in your home, we think it’s best you leave it to the professionals. Why?

The learning curve is steep, and high-quality film is expensive. Window film installation isn’t one of those DIY projects you want to learn through trial and error – and if you’re inexperienced at installing window film, you’ll likely run through a bit of product before you get into the swing of things… that gets expensive very quickly! Hiring a professional window film installer in your home will ultimately save you money, time and effort.

Most window film installers will break down their window film products in three (3) categories. These three categories represent the most common technologies and chemical make-ups of home window films.

Good – Your typical “good” window film is what is called a metalized or “dual-reflective” film. This type of window film is composed of microscopic pieces of metal which reflect and bounce heat and glare off a window in the same manner as a mirror. They are safe to apply on most windows because of their reflective properties. This type of window film is highly efficient and will greatly reduce heat and glare which lowers utility bills and creates a better view from the inside looking out. The one caveat with this film is that it lacks the external aesthetics and style most customers want on their homes. Having windows look like mirrors aren’t at the top of most customers’ minds when they think about heat and glare reduction.

Better – The next and most common home window film applied is called a dyed, pigment or hybrid window film. This type of window film uses a special blend of dyes and pigments to absorb the sun’s heat and UV rays. The main reason for its popularity is reduced reflectivity and more natural look from both inside and outside. However, in extremely hot or sunny situations, this type of window film may not be the right choice. This style of window film causes more strain on windows because of the absorbing properties and can cause added stress on your glass. It is also slightly less efficient than a metalized film as the reflective properties from the metalized films do a much better job at rejecting heat and glare as opposed to a dyed film’s absorption of the heat.

Best – Window film technology has come a long way over the past years. Today’s premium window film is made from ceramic and fine metals. Ceramic is one of the most durable and heat absorbent materials available. It is used as the insulator on spacecrafts, power lines and your toilet! Where dyed and pigment window films fall short, ceramic can be the answer. With properties better than metalized window films and unmatched clarity, ceramic home window films are the answer to any shopper who wants all the benefits of what window film can do without the changing your views. Most premium ceramic window films will actually reduce your windows’ natural reflective, enhancing your view.

One thought on “DIY Window Film: Worth It?”